Jimmy James (Redhawk) About Us 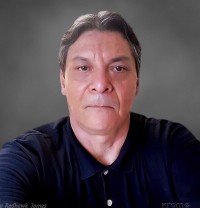 Raised in Burbank, California where he attended School.

Jimmy's Father also worked on the Airplane Called "The Spruce Goose" and was there when Howard Hughes made History.

Government Bonded Business and a Native American Business. Soon after the business signed a Contract with Edwards Air Force Base in Edwards, California along with Nasa Space Program.

Jimmy & His Father Were Very Active

In The Space Shuttle Program For Nasa.

Made on my iPhone
Rainbow1 Productions 2015